The Coming Pandemic Is MAN-MADE June 09, 2009 By: Freedom Fighter 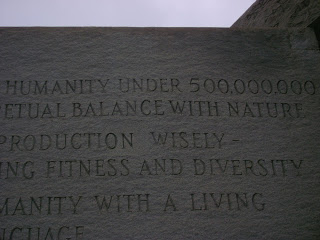 Shortly after authoring this expose, I happened to flip the channels on my “tell-lie-vision” and watched a “program” on ABC TV called “Earth 2100”.

I was stunned to say the least. I was stunned because three years earlier, in 2006, the same ABC TV executives produced a two hour “made for TV movie” outlining what would happen in America during an INFLUENZA PANDEMIC. Now ABC is telling us what is in store for Planet Earth unless billions of humans are eliminated via disease outbreaks. HMMMMM! Clearly, the planet’s “elite” billionaires maintain a warped belief that humans are merely parasites afflicting the earth in a totally negative manner.

Consider the following elitist quotes to better understand why the coming pandemic is MAN-MADE.

“The biggest threat to the planet is PEOPLE: there are simply too many, doing too well economically and burning too much oil.” – Sir James Lovelock, BBC Interview.

Now read what Dave Foreman, Club of Rome, Bilderberger,and co-founder of Earth First has to say:

“My three main goals would be to

2. destroy the industrial infrastructure and

3. have wilderness, with it’s full complement of species, returning throughout the world.” — Dave Foreman, Club of Rome, Bilderberger, and co-founder of Earth First!

“A total population of 250-300 million people, a 95% decline from present levels, would be ideal.” —Ted Turner, founder of CNN and major UN donor.

“——the resultant ideal sustainable population is hence more than 500 million but less than one billion.” ——- Club of Rome publication titled “Goals for Mankind.”

“If I were re-incarnated I would wish to be returned to earth as a perfected killer virus to lower human population levels!” — Prince Philip, Duke of Edinburgh

“I suspect that eradicating smallpox was wrong. It played an important part in balancing ecosystems.” — John Davis, editor of Earth First! Journal

“The extinction of the human species may not only be INEVITABLE, but a GOOD THING.” —- Christopher Manes, Earth First!

“As in China, the act of childbearing should be a punishable crime against society, unless the parents hold a government license. All potential parents should be required to use contraceptive chemicals, the government issuing antidotes to citizens chosen for childbearing.” — David Brower, first Executive Director of the Sierra Club.